THE ASEAN - INDIA AGREEMENT ON TRADE IN GOODS (AIFTA) 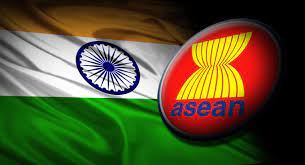 ASEAN and India signed the ASEAN-India Trade in Goods (TIG) Agreement in Bangkok on 13 August 2009, after six years of negotiations. The signing of the ASEAN-India Trade in Goods Agreement paves the way for the creation of one of the world’s largest FTAs – a market of almost 1.8 billion people with a combined GDP of US$ 2.8 trillion. The ASEAN-India FTA will see tariff liberalisation of over 90 percent of products traded between the two dynamic regions, including the so-called “special products,” such as palm oil (crude and refined), coffee, black tea and pepper. Tariffs on over 4,000 product lines will be eliminated by 2016, at the earliest. The ASEAN-India TIG Agreement entered into force on 1 January 2010.

Regarding tariffs, India is committed to eliminating tariffs according to the following schedule:

Vietnam committed to eliminate tariffs according to the following schedule:

Attachment to the OCP

Agreement on Trade in Services

A good is considered to be AIFTA originating if the good is wholly obtained or produced in a Member State, or it meets either of the following conditions:

AIFTA Certificate of Origin is C/O form AI. Currently, 100% of AI form C/O issued by Vietnam and AIFTA members in hard copy. AIFTA only allows correcting errors on the face of C/O (if any errors) but does not allow issuing the replaced C/O. C/O form AI can only be issued during or after (no more than 1 year) the time of export of the goods, not before the time of export like other FTAs. AIFTA does not have a provision on Self-Certification of Origin.