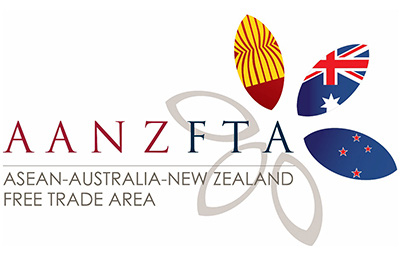 The ASEAN-Australia dialogue relationship has evolved and matured considerably since Australia became ASEAN's very first Dialogue Partner more than three decades ago in 1974.

Over the years, ASEAN-Australia partnership has been constantly strengthened and enhanced. The Leaders of ASEAN and Australia, together with New Zealand, met in 2004 to commemorate the 30th anniversary of their dialogue relations. At the ASEAN Summit in 2004, the Leaders adopted the Joint Declaration of the Leaders at the ASEAN-Australia and New Zealand Commemorative Summit to further broaden and deepen their dialogue relations in all fields including political, economic and socio-cultural cooperation.

With the substantive relationship with ASEAN built over 35 years, ASEAN and Australia are gearing up for the 1st ever ASEAN-Australia Summit that would be convened in October 2010.

Annex I - Schedules of Tariff Commitments

Plan of action to Implement the Joint Declaration ASEAN-Australia

Australia and New Zealand's commitment on tariff for Vietnam

A good is considered to be AANZFTA originating if the good is wholly obtained or produced in a member country, or it meets either of the following conditions:

AANZFTA Certificate of Origin is the AANZ C/O form. Vietnam and ASEAN countries issue a paper C/O while Australia and New Zealand issue an electronic C/O, so the electronic C/O AANZ issued by Australia/New Zealand will be printed out and submitted to the customs offices of ASEAN importing countries. Error AANZ C/O can be corrected or renewed. C/O AANZ can be issued before, during or after (no more than 1 year) the time of export. AANZFTA does not have a provision for Self-Certification of Origin.

Vietnam's commitment on opening up the service market in AANZFTA is equivalent to that of Vietnam's WTO accession commitments, except that education services are broader than WTO commitments, mainly in terms of scope.

The chapter on Investment in AANZFTA is the largest one of investment commitments that Vietnam has signed before, include both liberalization (opening to foreign investment) and principles of treatment and investment protection. However, many contents in this Chapter have not taken effect immediately but depend on further negotiations between the Parties. The commitments that have not taken effect immediately mainly relate to the principle of expropriation of investors, compensation in case of armed conflict, and settlement of international investment disputes (ISDS).