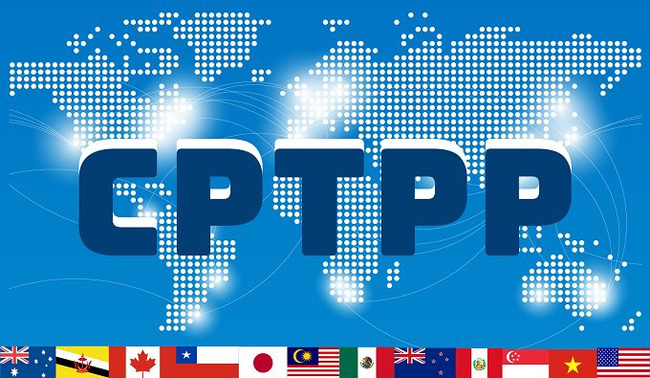 The Comprehensive and Progressive Agreement for Trans-Pacific Partnership (CPTPP) was signed in Santiago, Chile, on 8 March 2018.

CPTPP  members commitment on reduction and elimination import duties in CPTPP are divided into three groups:

Commitments on import duties from CPTPP members for Viet Nam

CPTPP provides three methods to determine the origin of a good, including:

To facilitate trade, reduce transaction time and import and export cost, CPTPP allows exporters, producers and importers to certify origin themselves. This is a new provision which is not regulated in other FTAs signed by Viet Nam.

For Viet Nam, certification of origin by the importers has not been applied widely so Viet Nam can have a transitional period to help Vietnamese state agencies and enterprises get used to such methods. Some regulations on the transitional period are as follows:

The CPTPP Agreement has a separate chapter on textiles. In addition to applying the same general regulations as other goods, textiles and garments have their own specific regulations.

For textiles and garments, the applicable rule of origin is “yarn-forward” or the so-called “3-stage” rule, meaning the entire spinning, weaving, dyeing, finishing and sewing process. Austria must be done within the CPTPP. This rule encourages the development of the supply chain of the textile industry in the vertical sector, encourages investment in the development of the yarn and fabric industry, creates opportunities for Vietnamese enterprises to participate more deeply in the supply chain within the CPTPP. .

Compared with previous FTAs ​​that Vietnam has signed, this is a rule that places high requirements. However, the members also agreed on some cases where there are more flexible rules of origin such as:

- The short supply list includes 194 types of fibers and fabrics that are allowed to be used from outside the CPTPP area, of which 186 items will be permanently applied and 8 items will only apply this mechanism within 5 years.

Annex 4-A: Specific rules of origin of textiles

Sub Appendix 1 of Annex 3-D: The provisions relating to rules of origin for specific vehicles and parts of vehicles

Appendix 1 of Appendix 4-A: Items of shortage supply list

The main contents of labor in the CPTPP Agreement

In addition to the obligations of national treatment (NT) and most favored nation treatment (MFN) as in the field of trade and service, the Investment chapter of the CPTPP Agreement has some main obligations as follows:

CPTPP Agreement outlines the rules and procedures in the contractor selection process, however, at a higher level of impartiality, openness and transparency. The main contents of the MSCP chapter include: Non-discrimination; Not using preferential measures for goods or domestic contractors; and Schedule of commitments to open the market MSCP determines the scope of the opening of each country.

Accordingly, Vietnam commits to open the door and comply with the following subjects:

The CPTPP Agreement allows developing countries to apply a number of measures during the transition period. For example, within 5 years from the date of entry into force of the Agreement, Vietnam will not be subject to the dispute settlement mechanism related to its obligations under the GP Chapter. During this period, Vietnam only consulted with CPTPP countries with concerns about the implementation of its obligations.

Viet Nam is permitted to request, consider, apply or exercise any form of domestic preference during any phase of the contractor selection process within 10 years from the date of entry into force of the Agreement. including price incentives, up to 40% of the total contractual price of bidding packages under the scope of adjustment for each year; This rate will be reduced to a maximum of 30% from the 11th year to the end of the 25th year. Domestic preferential measures will be eliminated from the 26th year from the date the Agreement enters into force for Vietnam.