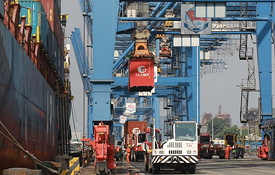 Vietnam’s export value to the European Union (EU) grew further in the first five months of this year, with a trade surplus of 13.4 billion USD, up nearly 47 percent, thanks to their bilateral free trade agreement.

Despite lingering impacts of the COVID-19 pandemic and the Russia-Ukraine conflict which have pushed material and fuel prices as well as transportation costs, Vietnam’s export still expanded, contributing to its macro-economic stability and socio-economic development, according to statistics.

Notably, the country shipped up to 48,680 tonnes of cashew nut worth 290.23 million USD in the first four months, marking increases of 21.8 percent in volume and 21.4 percent in value.

Dang Hoang Giang, General Secretary of the Vietnam Cashew Association (Vinacas), said the EU was Vietnam’s biggest cashew nut buyer, making up 23 percent of the combined volume and 22 percent of the total value.

Vietnamese cashew nut will climb to No. 1 position in the market as tariff on the staple is lowered to zero percent under the Vietnam-EU Free Trade Agreement (EVFTA), he said.

Fishery exports to the EU also sped up, hitting 422 million USD in the first four months, up 47.3 percent, according to the Vietnam Association of Seafood Exporters and Producers (VASEP).

Last year, the value was 1.07 billion USD, up 12.3 percent against 2020, making the EU Vietnam’s third biggest importer, after the US and Japan.

The export of garments-textiles and footwear also made progress, up 34.6 percent and 19 percent in the January-April period, respectively.

Statistics by the General Department of Vietnam Customs show that trade between Vietnam and the EU exceeded 57 billion USD last year, an increase of 14.5 percent year-on-year as businesses have known how to maximise the deal.

According to the Vietnam Chamber of Commerce and Industry, the level of understanding and expectation of Vietnamese firms on the EVFTA is 30.19 percent, compared to only 22.95 percent on others.

Vietnam is now the EU’s biggest trade partner in the Association of Southeast Asian Nations and among the top 10 largest goods suppliers of the market./. 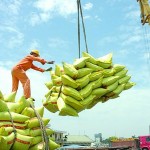 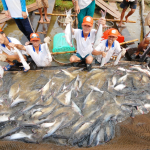 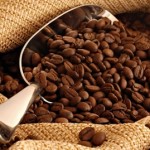 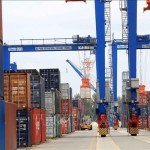 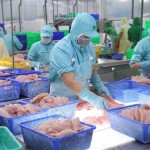